It had been nearly 2 years since I last touched Animal Crossing. It was a nice little escape during the pandemic. But after places started to open up, and I became interested in other hobbies (ahem, plants…), I flat out abandoned the game. Recently my friend picked it back up, and I read a blog post about how to play Animal Crossing for the long run. These two things combined encouraged me to see what other people have been doing with their islands.

And wow! The talent and creativity that I see on Youtube astounds me! People have gorgeous island builds with all kinds of themes: cottagecore, forestcore, kidcore, grandmacore, and so much more.

This inspired me to reimagine my own island. Before, I played the game to complete nook objectives and to game the turnip stock market. But now? Now I want to actually build out my island and make it look cute! It looked pretty janky before: 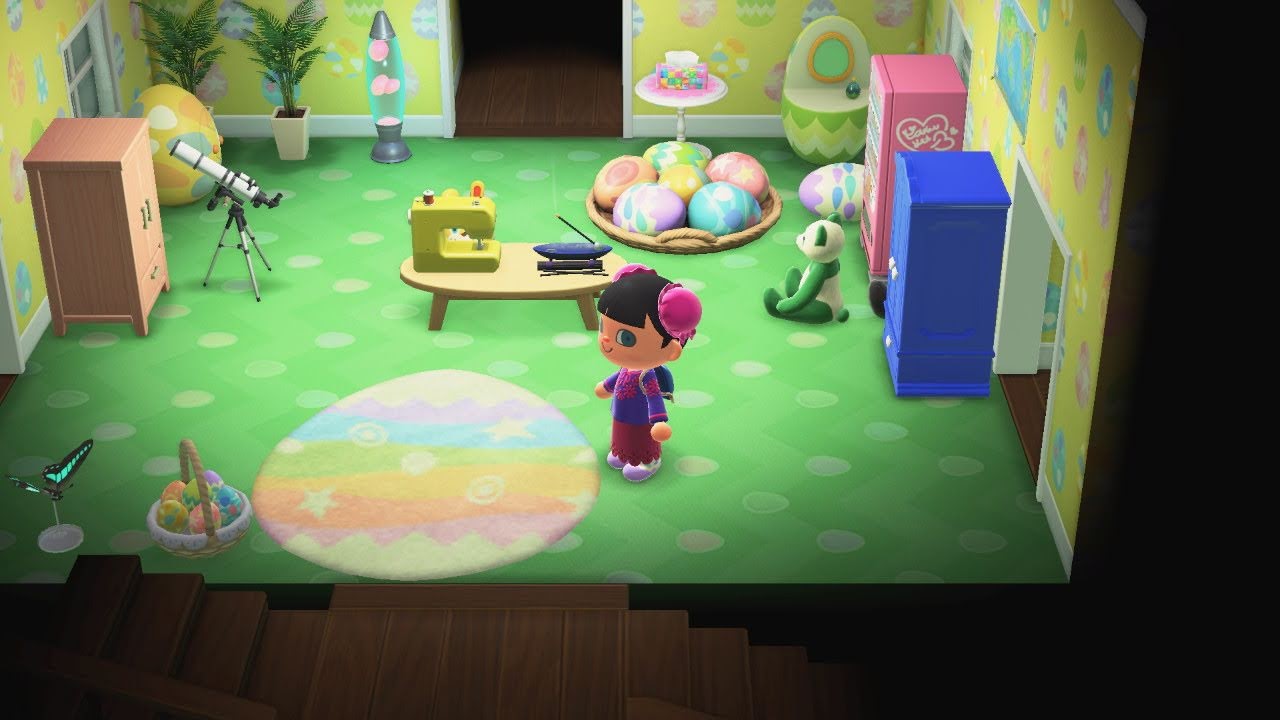 Terraforming was a feature that I largely ignored earlier. I kept my island’s original rivers and cliffs. But after seeing some people’s AMAZING terraformed islands, I want to finally give it a shot. 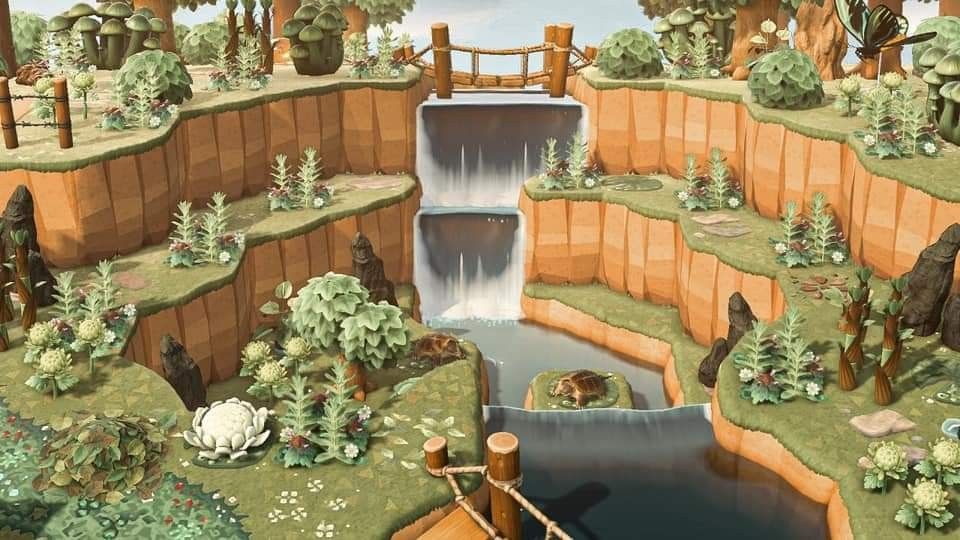 I thought I could look at other people’s ideas and just…go build. However, it is a very daunting task to re-do my entire island. I kept changing my mind on theme, colors, concepts…which wasted a lot of time building then tearing things down. The truth was unavoidable: I needed to have a plan for my island before I continue. I can’t just make things up on the spot (that’s so not my personality) so I found this wonderful tool that helped me design a new island map. 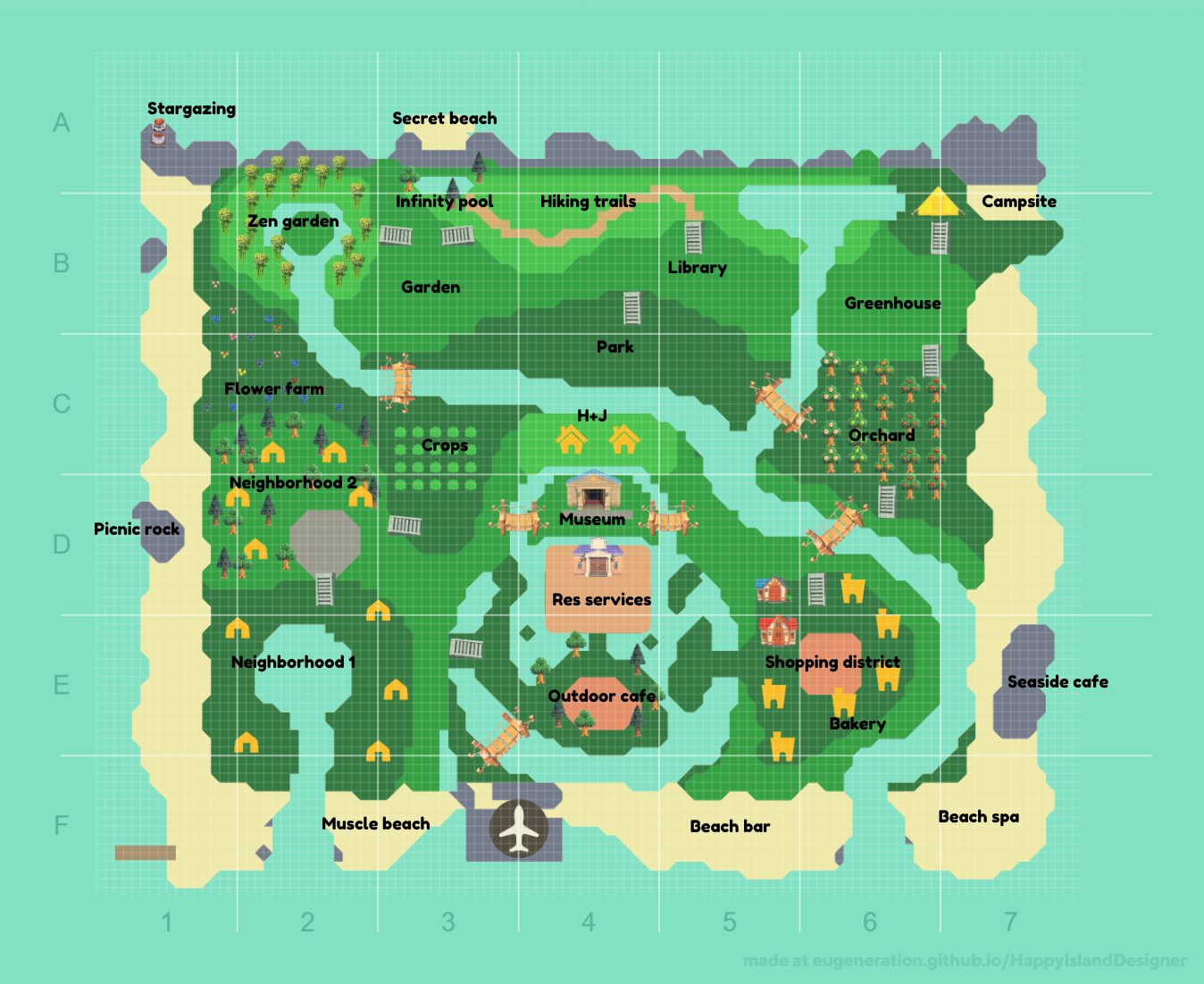 It’s obviously very rudimentary but at least it is blueprint for when I get overwhelmed during my build. My plan is to flesh out the area around resident services first then expand from there. I don’t have any sort of set theme, but I like the looks of cottage/forest/fairycore but don’t like all the clutter. So I guess I’m going for a more organized/clean version of that?

I got a lot of ideas for what to do with each section of my island from looking at other people’s builds. But this list is also a good one to reference: 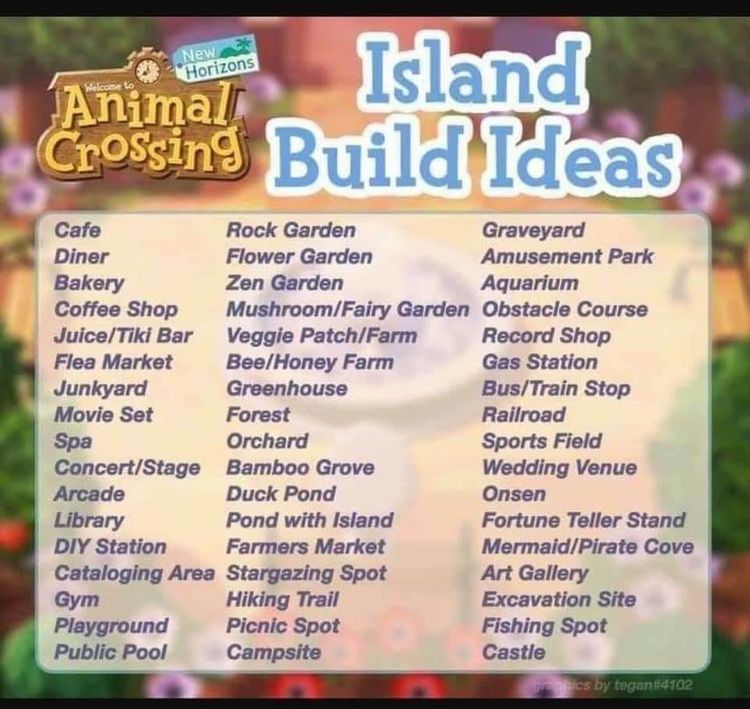 Additionally, I found that it’s very difficult to get a cute island look without custom designs. My friend graciously added me to his Nintendo online subscription (thanks Leighton!) so now I have access to custom design codes. These are so, so important for helping my island look cute and not grid-like! Find the custom designs that I like (and other ACNH inspiration) on my Pinterest board.

I also feel like I need a ton of stuff to make my island feel full and cool. Unfortunately, I don’t have many DIY recipes. It’s become my new obsession to collect them. So if any friends has extra recipes, please send them over!

Rome was not built in a day, and neither is Eden (my island!). I have to remind myself that I’m playing the long game. It’s meant to be enjoyed a little bit every day - Animal Crossing is not a game to binge. I am usually bad about that, where I binge a game for a week then don’t play it for months (or years). With my new intentions going into this game, I should be able to play this game for years to come!

Do you play Animal Crossing? Let’s be friends and share your friend code with me! 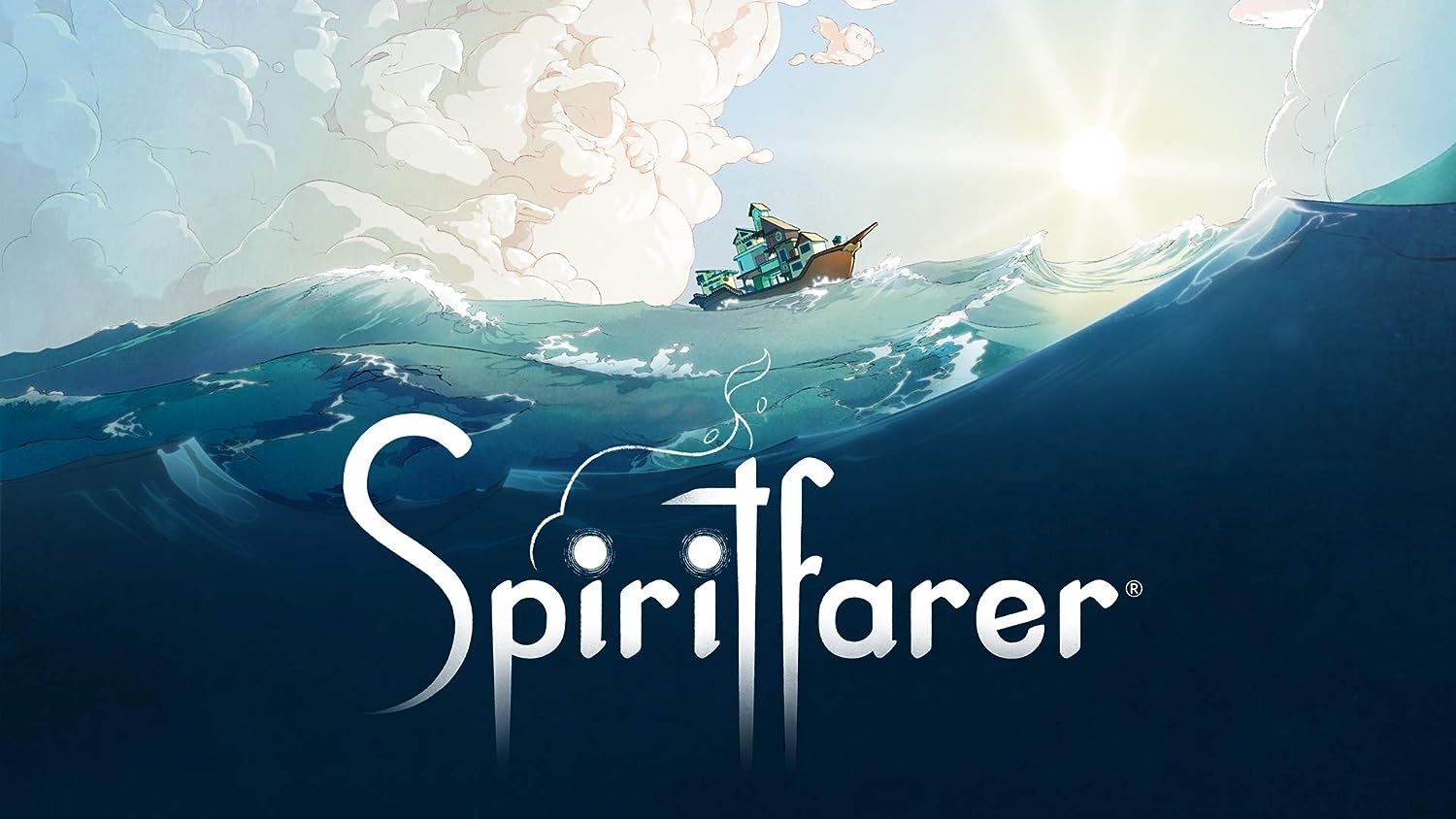